Nominations for the 2014 European Ada Awards launched on 4 April 2014 in Athens, Greece, in the context of the “Women and Girls Go Digital!” event, co-organised by ECWT and celebrating the Greek Presidency of the Council of the European Union. Nominations for this year’s European Ada Awards – named after the first-ever computer programmer, Ada Lovelace, Lady Augusta Ada King, Countess of Lovelace – are now being accepted in the following categories:

Deadline for submissions for the European Ada Awards is 16 September 2014 and winners in each category will be recognised at the Ada Awards Ceremony on 30 October 2014 in Rome, as part of the closing event for the 2014 eSkills for Jobs campaign. Please follow the noted links to find out more about each Award.

The international Ada Awards™ recognise outstanding girls and women in digital sectors globally and the organisations that support them. The European Ada Awards™, launched in 2013 by the Digital Leadership Institute (formerly Zen Digital Europe) and its partners – CEPIS, DIGITALEUROPE, ECWT and European SchoolNet – are an official pledge to the Grand Coalition for Digital Skills and Jobs in Europe, and have the following objectives:

For questions or to become a partner or sponsor of the Ada Awards, please contact us. 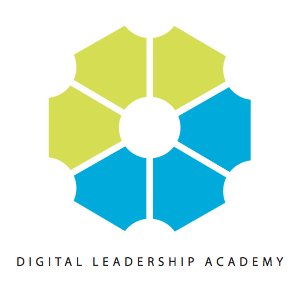 We are very excited to announce the launch of the Digital Leadership Academy, the very first initiative of the newly-formed Digital Leadership Institute!  In its first year, the DLA will carry out a year-long training program for future female digital leaders, starting on 23 April 2014 in Brussels, in celebration of International Girls in ICT Day!

Digital Leadership Academy
The Digital Leadership Academy aims to close the ICT skills gap and increase the number of female entrepreneurs and leaders in digital sectors in Europe and beyond, by delivering digital and leadership skills to young and career-age women. The DLA approach combines cross-generational mentoring and technical, business and leadership skills development with the goal of building a resilient community of female digital leaders, confident and prepared for long-term, fruitful careers in digital sectors.

The DLA approach is unique because:

2014 Digital Leadership Series
In 2014, DLA will launch an inaugural Digital Leadership Series consisting of twelve seminars (two hours each) taking place from April to December in Brussels for a group of twenty teen- and career-age women. The series will be split between fun, hands-on, result-oriented workshops that deliver practical, creative, digital skills, and leadership and business seminars that address personal and professional skills for success.  All courses will be led by a team of DLA digital, business and leadership experts.

Practical
The 2014 Digital Leadership Series will be carried out from April to December* in Brussels. Places are available for individuals wishing to take part in the program and organisations wishing to sponsor young women or women in transition to participate in the series.

On 4 April 2014, in honour of the Hellenic Presidency of the European Council,  nominations for the 2014 European Ada Awards will officially open in the context of the “Women & Girls Go Digital” event in Athens.  We look forward to a great turnout for the event and a record number of 2014 nominations for Digital Girl, Digital Woman, and Digital Impact Organisation of the Year in Europe.

The European Ada Awards are an initiative of the Digital Leadership Institute and its partners – CEPIS, DIGITALEUROPE, ECWT, and the European SchoolNet – that aims to recognise outstanding girls and women in digital sectors in Europe and organisations supporting them.

The European Ada Awards were launched as a five-year pledge to the Grand Coalition for Digital Jobs and are part of the 2014 Eskills for Jobs campaign.  In 2013, Ms. Neelie Kroes, Vice President of the European Commission responsible for the Digital Agenda, was personal patron of the Awards and presented prizes in the following categories to deserving girls, women and organisations in Europe:

An award for African Digital Woman of the Year was also presented in 2013.

Thank you to partners and sponsors of the European Ada Awards!

The Digital Leadership Institute was successfully launched on 6 March 2014 at DIGITALEUROPE in Brussels, in honour of International Women’s Day 2014 and release of the Women2020 Action Plan.  The latter report, entitled “Time to Act,” is the outcome of a year’s work with the Women2020 platform – a DLI initiative launched on International Women’s Day 2013 – promoting women’s contribution to achieving the Europe 2020 Strategy for smart, sustainable and inclusive growth.

Please find photos of the event below, as well as a copy of the Women2020 Action Plan: “Time to Act”, which includes a cover-letter from European Commission President José Manuel Barroso and contains conclusions and recommendations taken directly from the five high-level Women2020 meetings carried out in 2013.

Feel free to contact us with any inquiries about DLI or the Women2020 initiative!

Welcome to the homepage of the Digital Leadership Institute, a Brussels-based, international NGO whose mission is to bridge the gender gap and the digital divide by empowering the digital leaders of today and tomorrow.

The Digital Leadership Institute is Chair of the Belgian National Point of Contact for the European Centre for Women and Technology.