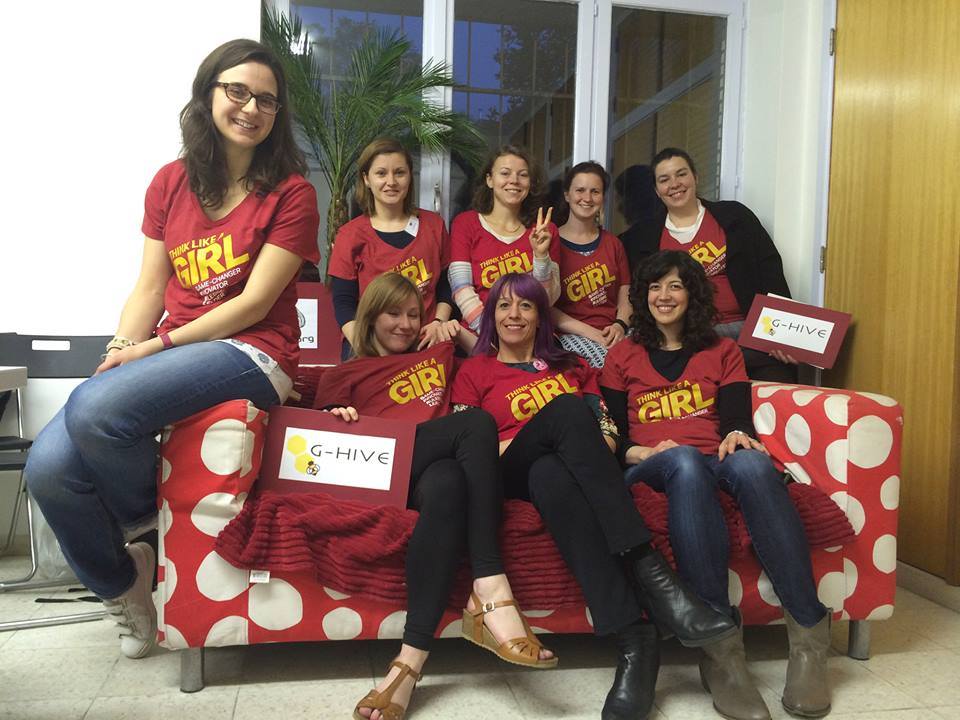 In April 2015, DLI formally welcomed a new board of directors to lead the organization in new directions.  We celebrated our fifth annual Girls in ICT Day event including launch of the 2015 European Ada Awards and a fantastic “Girls and the Future Internet” workshop — led by Esther Roure Vila from Cisco and Ms. Rosanna Kurrer, g-Hive Community Manager.  We also kicked off the “Kick@ss Online” inQube series for women entrepreneurs and career-seekers led by our very own Ms. Selma Franssen, Community Manager for inQube.  Please read below for more details on what we have been up to!

DLI Founder, Ms. Cheryl Miller, co-hosted the fifth annual TEDxVilnius event.  This year’s theme was “Pale Blue Dot,” as immortalized by the Voyager 1 photo of the Earth in 1990 and in the words of the great Carl Sagan.  The 2015 edition of TEDxVilnius featured inspiring speakers from around the world.  Cheryl herself gave a talk at the 2012 edition of TEDxVlinius on the subject “girls are going to save the world,” of course.  Photos here.

Ms. Rosanna Kurrer, DLI Digital Literacy Lead, and Ms. Cheryl Miller, DLI Founder, were invited to contribute to a European Commission forum on the future of gender policy in Europe.  Ms. Miller co-led two workshops on “Women and the Digital Society,” whose attendees set the following policy priorities in this area:

A brochure for the event, which showcased several high-level speakers and addressed eight key subject areas for future gender policy is here.  A report on the forum outcomes is forthcoming.

Nominations for the three EU Ada Awards will be open until 23 October 2015.

Be sure to visit our calendar and sign up the DLI Newsletter in order to keep up with DLI events and activities!