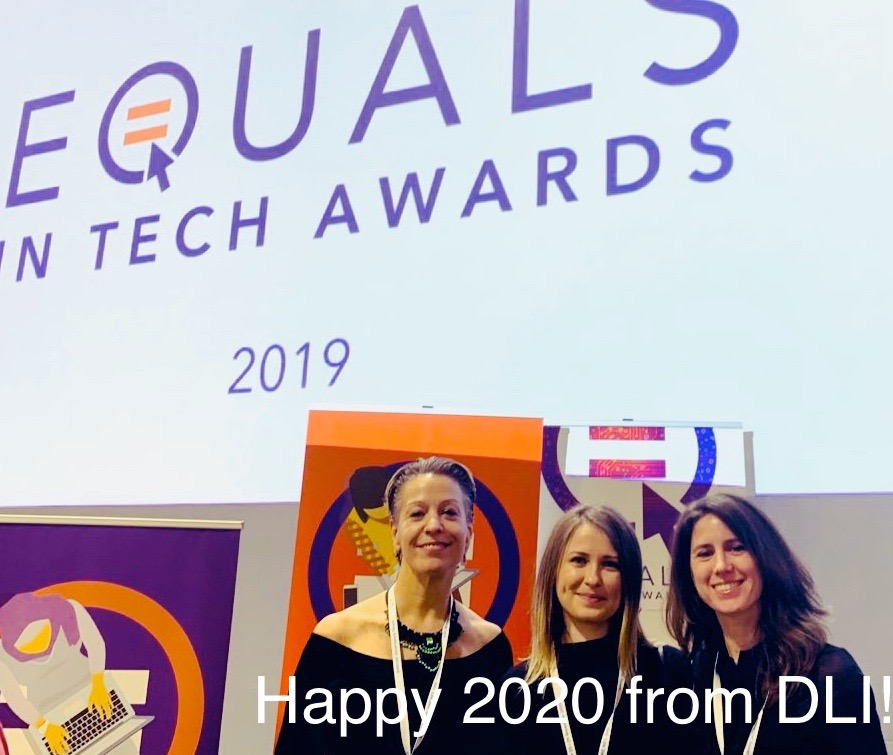 The DLI team closed out a fabulous 2019 in Berlin at an Internet Governance Forum award ceremony where we received UN recognition for our global leadership in promoting greater participation of girls and women in digital sectors around the world!

Our Board and Executive Team are actively involved in outreach activities with partners and stakeholders around the world that promote ESTEAM* leadership by girls and women. Find out more about our outreach activities of Winter 2019 below, and please visit our calendar for events organised by DLI.

*STEM powered by Entrepreneurship and Arts

25 September 2019 – Financial Inclusion for Development: Building on 10 years of Progress (New York): On 25 September at UN Headquarters in New York, Ms. Che Miller Van Dÿck, DLI Founding Director,  joined an official side-event of the 74th Session of the UN General Assembly, on invite of Queen Màxima of Holland, in recognition of her successes over the past ten years in advancing financial inclusion around the world, and its role in achieving the 2030 Agenda. Contributing to the event were UN Secretary General António Guterres, Ms. Melinda Gates, and the CEOs of Paypal and Microsoft, among others.

14-15 October 2019 – INNOVEIT 2019 Conference (Budapest): On 14-15 October in Budapest,Ms. Che Miller Van Dÿck, DLI Founding Director, contributed to the 2019 edition of the INNOVEIT conference, organized by the European Institute of Innovation and Technology, as guest of honor and jury member for the EIT Woman Award 2019.

22 November 2019 – SheDIDIT Closing Event (Ghent, Belgium): Ms. Che Miller Van Dÿck, DLI Founding Director,  joined the closing event of the #SheDIDIT campaign promoting Belgian women entrepreneurs from diverse origins, for which she has been a role model and mentor for the past year.

27 November 2019 – UN EQUALS Award Ceremony at Internet Governance Forum 2019 (Berlin):  As part of the 2019 Internet Governance Forum in Berlin, the DLI Team had the honour of joining a 27 November UN EQUALS ceremony recognising initiatives around the world that promote greater participation of girls and women in digital sectors.  DLI was recognised in the global Leadership category by the UN EQUALS partnership which includes the UN ITU, UN Women, GSMA and EY.

25-27 November 2019 – SME Assembly (Helsinki): Ms. Che Miller Van Dÿck, DLI Founding Director, was invited to join to the annual SME Assembly for Europe as a delegate promoting women-led (tech) startup. The SME Assembly is the flagship event of European SME Week, an event of the 2019 Finnish Presidency of the EU Council.

Be sure to visit our Calendar and Outreach Activities page, and sign up for the DLI Newsletter in order to keep up with DLI events and activities!